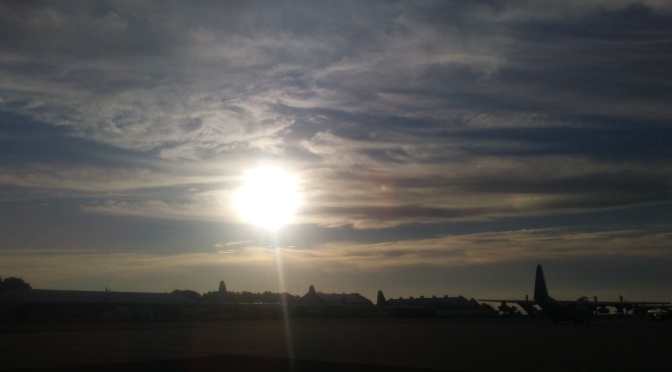 Enjoy these in depth sermons as well the efficacious prayer shared below. God Bless You!

Most Holy Mother of God, Immaculate Heart of Mary, Seat of Mercy, Seat of Goodness, Seat of Pardon, sure door by which souls are to enter Heaven, see on their knees before you four sons of Archbishop Lefebvre, four bishops striving to do what they can to help you to obtain from the Pope and bishops of your Divine Son’s one true Church that Consecration of Russia to your Sorrowful and Immaculate Heart which can alone obtain peace for mankind, now in the shadow of a frightful third World War.
In Fatima, Portugal, one hundred years ago, you first warned mankind of the Second World War to come, of famine and persecutions, if people would not cease offending God. To prevent these disasters, you promised to return to ask for the Consecration of Russia to your Immaculate Heart, and for the Communion of Reparation of First Saturdays. If your requests were heeded, Russia would be converted, and there would be peace. If not, disasters would follow and Russia would spread its errors throughout the world. Twelve years later you returned as you had promised, and you made the double request.
However, trusting in human means to solve the Church’s grave problems, the Catholic churchmen did not immediately do what you had requested. Two years later your Divine Son Himself warned mankind through Sister Lucy of Fatima, that since His ministers were delaying to carry out His command, they would suffer grave consequences: Russia would spread its errors throughout the world, causing wars and persecutions of the Church, and the Pope would suffer greatly. Still the Pope perferres his human means of dealing with Russia.
In 1936 Our Lord explained to Sister Lucy that Russia’s conversion depended upon its consecration to your Immaculate Heart because He wanted the whole Church to recognize that, that conversion was a triumph of your Heart, so that devotion to your Heart would rank alongside devotion to His own Sacred Heart.

Still the churchmen hesitated, so that in 1939 the terrible Second World War broke out, and all over the world Communism extended its power. Immediately after the war your pilgrim statues of Fatima had great success, but still the churchmen would not do exactly as you had requested, and so in 1957 before Sister Lucy was silenced by the churchmen, she expressed your own sadness that neither good people nor bad people had paid attention to the message of Fatima. You said that the good people gave it no importance, while the bad cared nothing about it. But you warned us once more that a terrible punishment was imminent.
Just three years later that punishment began with the churchmen’s refusal to make public the third part of your Secret message of Fatima, which you had asked them to publish at the latest in 1960. By an almost unpardonable lie they pretended that you had told them, that from 1960 onwards they might publish it, and this effort of theirs to stifle your message of Fatima has continued ever since, culminating in the year 2000. But you have never given up your attempts to save us, while the churchmen were even mire severely punished by the blindness which overwhelmed them at the Second Vatican Council. In the third part of the Secret it is most likely that you had warned against exactly the errors which prevailed at that Council. And now the entire Church is in darkness, and the world is in the brink of the third and most terrible World War.
Immaculate Heart of Mary, most Holy Mother of God, we cry to you in our distress. Help of Christians, Refugee of Sinners, Comforter of the Afflicted we trust in you. Queen of the Most Holy Rosary, Mother of the Church, we implore your most loving, maternal and Immaculate Heart to have mercy upon us poor sinners, your children; hear and answer our plea. We beg of you to obtain from your Divine Son, the graces necessary for the Holy Father and the bishops to fulfill without further delay the long standing-command of Heaven, by consecrating with the bishops of the entire world, Holy Russia to your Immaculate Heart, as was requested and in the manner requested by you, on behalf of the Most Holy Trinity so long ago, and which has yet to be accomplished.
Immaculate Heart of Mary, you know-how much suffering mankind would have avoided over the last ninety years if only one of the Popes during that time had heeded your request for the Consecration of Russia. Mother of God, you had heeded your request for the Consecration of Russia. Mother of God, you and your Divine Son alone know what a frightful chastisement is now hanging over the heads of mankind if the Popes, for whatever inadequate human reasons, still refuse your request. If it depends upon them, they are liable to prevaricate, although you told us one hundred years ago how much that would make them suffer. Mother of God, your Divine Son can refuse you nothing that you ask of Him. He wishes the Consecration to depend on you, because He wishes your Immaculate Heart to be honored a the source of the Consecration’s triumph. Holy Mother of God, most humbly upon our knees we beg of you to obtainthose graces needed by the Pope to perform the Consecration.
Meanwhile before you here today, we command, we entrust, and we do whatever lies within our power, to consecrate Russia to your Immaculate Heart, not because we can remotely take the place of the Pope and the bishops of the whole world, but because we wish to honor your requests as far as we can. If only Holy Russia became Catholic once more, the Eastern Church might resurrect the Western Church, presently devasted by materialism and atheism. Mother of God, we commend our own selves also to your protect ton and to your all-powerful intercession with Our Lord Jesus Christ, who is the Lord of Lords and the King of Kings, but who is at the same time a Son who infinitely loves His Mother, and will do anything she asks. Beloved and Blessed Mother, we have not a shadow of doubt that in the end your Immaculate Heart will triumph.